The particular method of conditioning the fish in pure spring water, the meticulous selection of every female to be processed, and an accurate preparation of the eggs before salting guarantees a final product of the highest quality, fresh, and “malossol” (low salt content), without any additional preservatives or conservative treatment.

The Pisani Dossi Siberian Caviar is produced from the Siberian sturgeon Acipenser baerii and has a dark grey color. The eggs range in size from 2.6 up to 3.0 mm and the caviar appears in regular grains, with a consistent appearance and mild taste with a light aftertaste of hazelnut and wild berries.

The Pisani Dossi Osetra Caviar, the most outstanding product offered by the company, is produced from the hybrid of the Russian sturgeon Acipenser gueldenstaedtii crossed with the Siberian sturgeon Acipenser baerii.
The color of the eggs varies from pearl grey to bronze, and even amber. The eggs range in size from 2.8 up to 3.2 mm. The caviar appears homogenous grains, with a consistent appearance and delicious mild taste with a slight aftertaste of walnut.

Caviar is a food made from sturgeon eggs. Sturgeons have a distinctive appearance and morphology similar to that observed in fossils dating over 200 million years ago.

The word “caviar” has various origins: from the Italian “caviale” or “caviaro”, itself derived from medieval the Greek “khaviari”; from the ancient Turkish “havyar”; from the Persian “khāg-āvar”.

At present, the term “caviar” enjoys incredible notoriety as a luxury and prestige product and is therefore erroneously, and sometimes fraudulently, used to refer to other food products made either from the eggs of other fish (lumpfish, salmon, trout, etc.) or a multitude of substitutes. To settle disputes arising from commercial interests, the World Health Organisation (WHO) and the Food and Agriculture Organisation of the United Nations (FAO) established in 2010 through the Codex Alimentarius Commission that the term “caviar” defines exclusively the food product obtained from the processing of eggs of fish of the family Acipenseridae, i.e., sturgeons, treated with edible salt.

More than 20 species of sturgeon can still be found in the wild. Historically, the most exploited fishing ground for sturgeon was the Caspian Sea basin. The caviar produced there was marketed during the last century by the states of the Soviet Union and Iran, which controlled the world market through their state apparatus.  Today, more than 75% of the species are considered to be at risk of extinction, and all of them have been included in the Washington Convention that protects them and monitors trade (CITES).

Since the early 1980s, aquaculture has contributed to a sharp reduction in fishing pressure on wild populations.

Historical fishing data shows that 1977 recorded the highest volume of sturgeon caught in the wild worldwide, with a value of 31,800 tonnes.

A few years later, aquaculture began to contribute to the production volume needed to meet the demand for derived food products, producing over 150 tonnes of sturgeon as early as 1984, and reaching a global output of over 115,000 tonnes in 2018, with a steadily increasing trend.

More than 99% of global caviar production is currently derived from aquaculture activities, with a recorded production volume in 2018 of approximately 380 tonnes.

The sturgeons currently bred for caviar production belong to different species. In addition to those historically associated with brands such as beluga, osetra, and sevruga, others offer an equally delicious product of absolute quality, such as the Siberian sturgeon.

Italy was one of the first countries to invest in and convert its fish farming facilities to sturgeon breeding. This successful entrepreneurial choice has allowed our country to be, until a few years ago, the largest producer of caviar with over 50 tons/year, only recently surpassed by China which has committed immense resources to invest in this sector.

Caviar, especially if fresh and without preservatives, is very sensitive to changes in temperature and hates the heat. Be sure to serve it cold by placing the caviar holder of your choice on crushed ice. To fully appreciate the taste of the caviar you have chosen, it is also essential to carefully select the materials with which it will come into contact during the tasting. To prevent contaminating its delicate flavor, avoid the classic metal or stainless-steel cutlery, which would risk contaminating its natural aroma with an unpleasant metallic taste. Mother-of-pearl, bone, horn, glass, and crystal are the best choices to preserve refined flavors and delicate nuances.

When tasting caviar, engage not only your sense of taste but also your sight and smell. Quality caviar has spheres varying in size from 2.6 to 3.2 mm, with uniform granules that look light but well-defined and always consistent. The color of the eggs can vary depending on the species of sturgeon from which the caviar is derived, from gunmetal grey to pearl grey and even bronze or amber.
Small, black eggs are considered less valuable. The smell of fish should not be present; quality caviar will have a fragrance that may remind you of a faint hint of the sea but will never be characterized by overly persistent and unpleasant tones.

Caviar should be eaten slowly and in small bites. To fully appreciate it, savor it slowly, using a teaspoon that is only about half full. Caviar is naturally salty, so it is best served with unsalted blinis, crackers, or fresh bread. Traditionally, it tends to be eaten alone, but it can be paired with homemade butter, a delicate burrata, dill, cream cheese, or herbes de Provence. Many opt to pair it with boiled eggs or boiled potatoes. A final warning: never add salt or lemon.

Caviar is distributed in special tins (to be kept in the fridge at 0° to 3°) which best preserve the flavour by protecting it from contact with the air. After opening the package, it is strongly discouraged to reuse it for subsequent tastings

Although caviar can be served with delicate dishes for significant visual impact and enhancement to the final taste, unless you are a great chef, it is ideal to present it to your guests as an aperitif, accompanying a good glass of sparkling wine, dry white wine, or excellent vodka.

And finally, a wish: we hope that our caviar will give you a taste explosion on the palate and provide you with a pleasant feeling of ecstasy as you enjoy it.

At the request of our customers, we have selected:
The Transparent Glass Caviar Holder produced by LSA International (14 cm diameter) 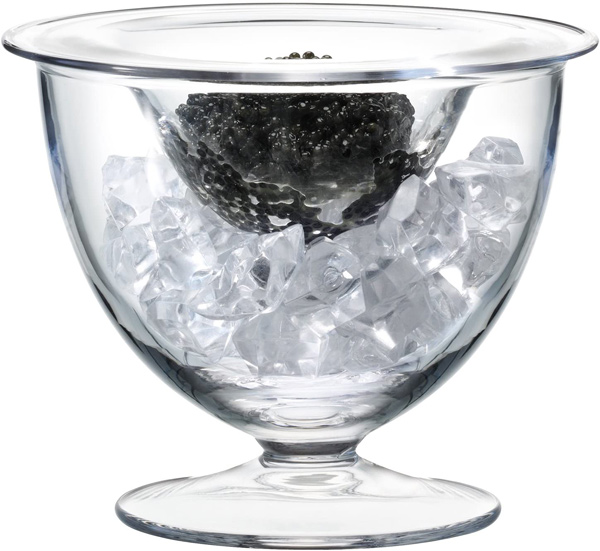 and the set of 6 mother-of-pearl spoons produced by DUEBEL. 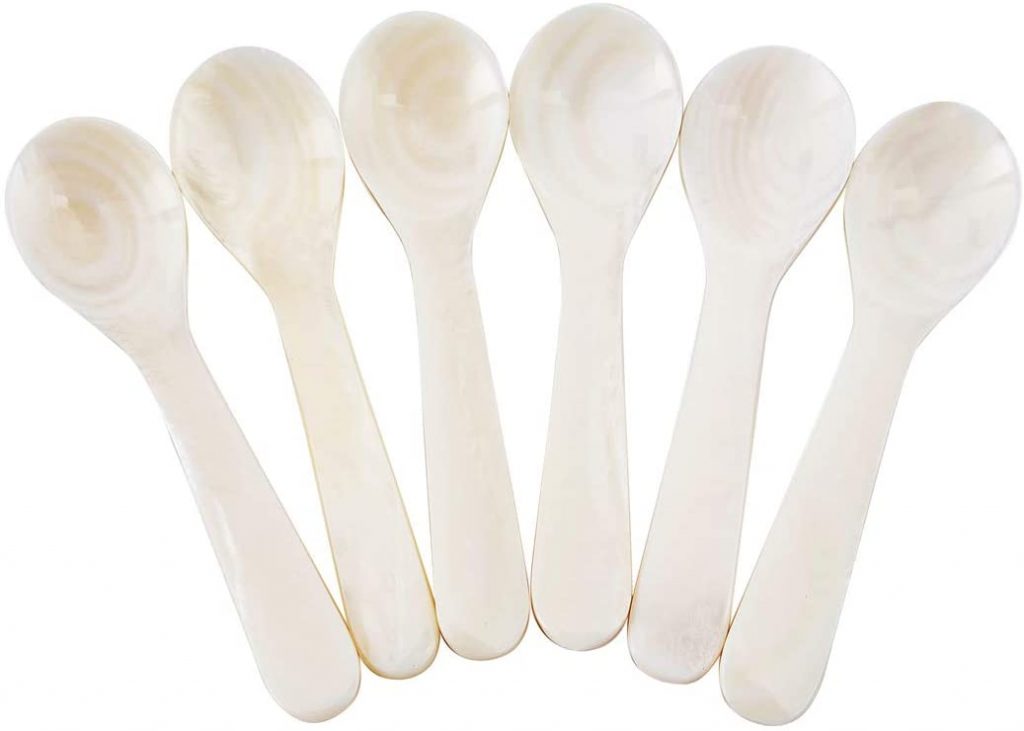 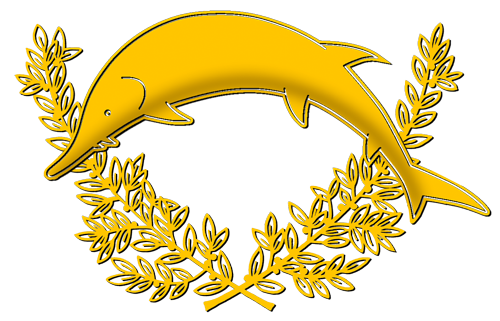